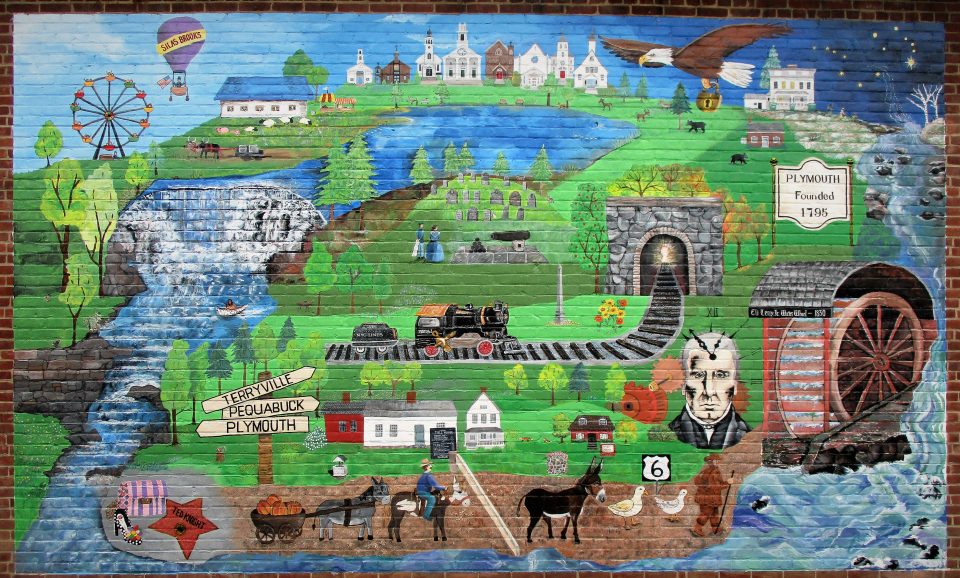 It can be purchased at “Antiques at the Green”, 703 Main Street, Plymouth (across from the Plymouth Green). The store is generally open Thursday-Sunday. Call 860-283-0689 for hours.

Chippeny Hill, located in the northeast corner of Bristol (then New Cambridge), Harwinton, and Plymouth has long been known as the home of Tories. Tories in Revolutionary War times were those that remained loyal to England, or maybe were just fond of the Anglican Church. After the French and Indian War, England needed to replenish is sorely depleted treasury. The King felt that since much of its expenditure was to protect the American colonies from French incursion, it only seemed right that the colonies should pay their share. The American colonies did not agree and the beginnings of the Revolutionary War struggles began. A contingent loyal to England gathered on Chippeny Hill. Their stories are today’s legends, ghosts and myths-the very fabric of early Connecticut and the subject of Judy Giguere’s new book, “The Ghosts of Chippeny Hill”.

Available at Antiques at the Green and on Amazon

Also Available at Antiques at the Green:

Andersonville to Tahiti, The Story of Dorence Atwater